Welcome to the second Nacho Average Challenges Blog Hop! This time we are showcasing a variety of products from the Occasions Catalog. I took this opportunity to play around with the new Playful Pals stamp set and the coordinating Pyramid Pals thinlets. I created four new cuties, in addition to two that have appeared on my blog before. Here’s a picture of all six, and then I will show you them each individually. I’ll detail supplies used under each one.

The directions for this adorable frog are included with the framelits. It is hard to believe that something so cute can be made so easily! I made this one as part of my Leap Day project for Craft Project Central.

I designed this puppy to look like my yellow lab, Biscuit. I used the words to look like a dog collar. You can see my original post (and a picture of Biscuit) here.

This little piggie is almost the same as the one shown in the Stampin’ Up video, but I decided to use some Designer Series Paper for the body. Imagine all of the possibilities that opens up!

I saw these super cute cows on Jenny Moors’s blog, and I knew I had to make one for my mom who loves cows. The stamp set comes with a few different sized splotches that are perfect for cow spots. It even has a tail on the back!

When I saw Candy Ford’s adorable penguin, I knew I had to make one too! Not much stamping here, just on the eyeballs. I love that the puppy ears can double as penguin flippers.

For my elephant, I wanted to try something different on the base. I had already used Designer Series Paper on the pig, so I used an embossing folder instead. It adds some subtle interest to the elephant. Depending on your project, those ears could be used as wings.

Your next blog hop stop is Anne, where she will be showing you In the Meadow. 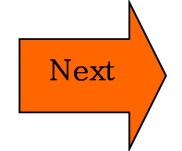 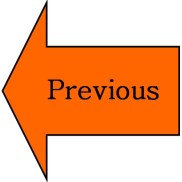